How To Draw Your Characters Head From Every Angle 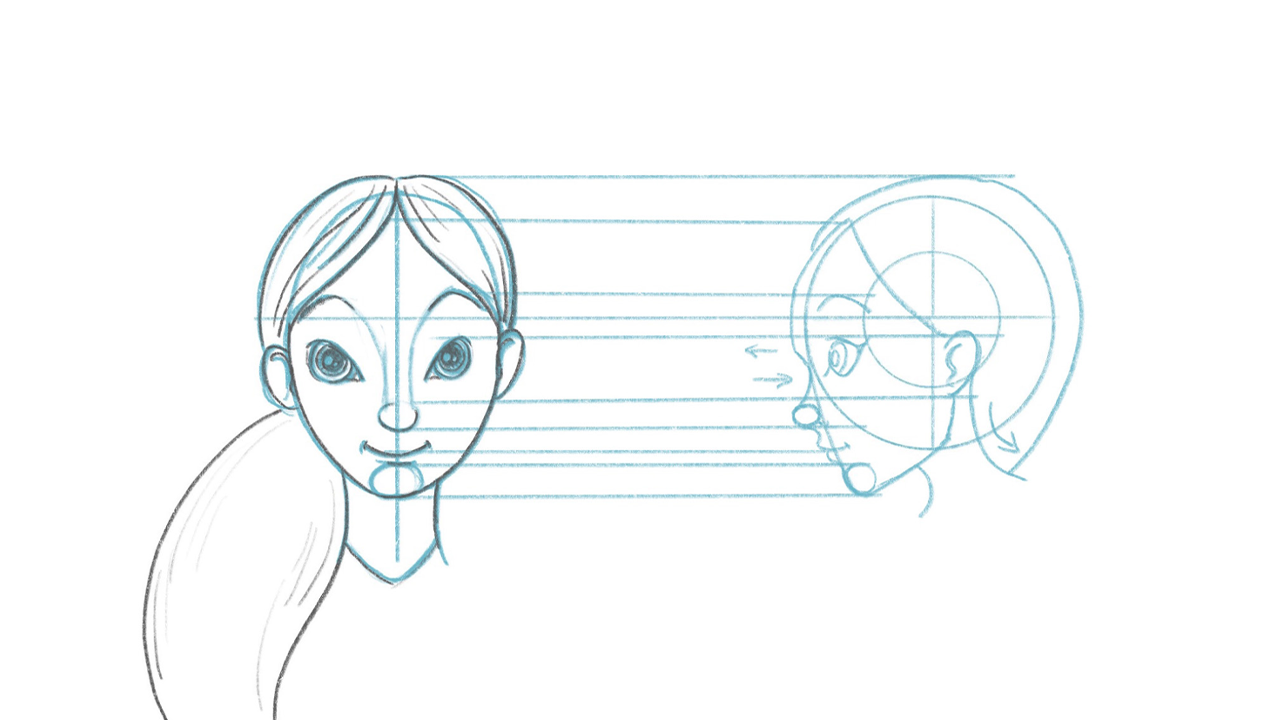 I've been teaching character design and children's picture book illustration for a while now, and the thing that I see students struggle with the most is knowing how to draw the same character from many different angles.

Below, I'll share some 'before' and 'after' character studies from one of my students. The 'before' illustrates common issues that anyone new to character design experiences. I'll then walk you through the exercises that they worked through to help them understand the structure of their character and enabled them to draw their characters head from multiple angles. The results of the 'after' are exciting!

Nichole Wade: took part in my 8-week Picture Book Illustration e-Course in 2017. Nichole then went on to showcase her illustration portfolio at the SCBWI Winter Conference in New York in February 2019 and is currently working on her very first picture book for Little Pink Dogs Books.

I share Nicholes illustration journey as is demonstrates the breakthrough she had from only being able to draw the front view of her character to knowing how to draw her character every which way.

Below is Nichole's front and back book cover sketch for 'Florence Fox Goes to School' written by Ben Whittaker-Cook (the PBIC course manuscript). With no previous illustration experience, Nichole is a natural. She had no issues drawing her Florence Fox character from the front view however when it came to drawing her character from different angles... she struggled. 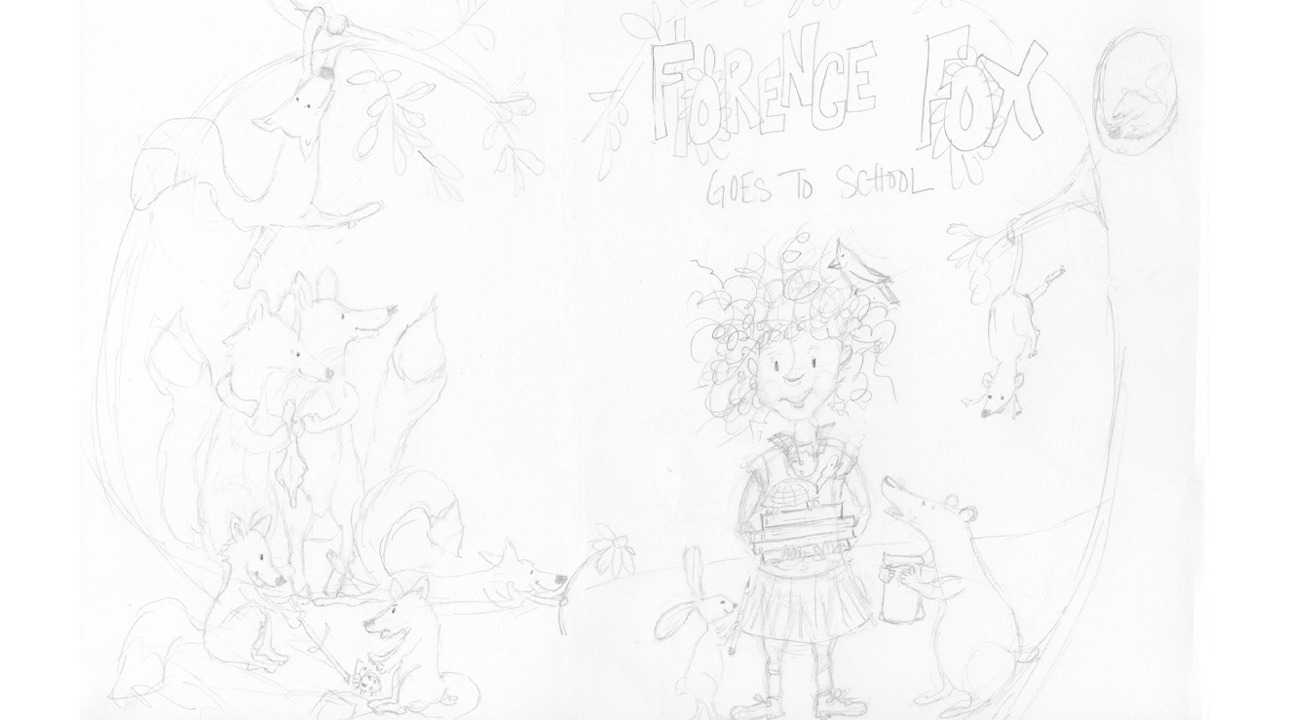 Below your can see the issues Nichole had when drawing her Florence Fox characters profile – There was no structure around the jaw, chin and ears of the profile. You can also see with Nicholes 3/4 view drawing of her character head how she struggled with the contours of the face. Another common issue is not drawing the back of the skull big enough. 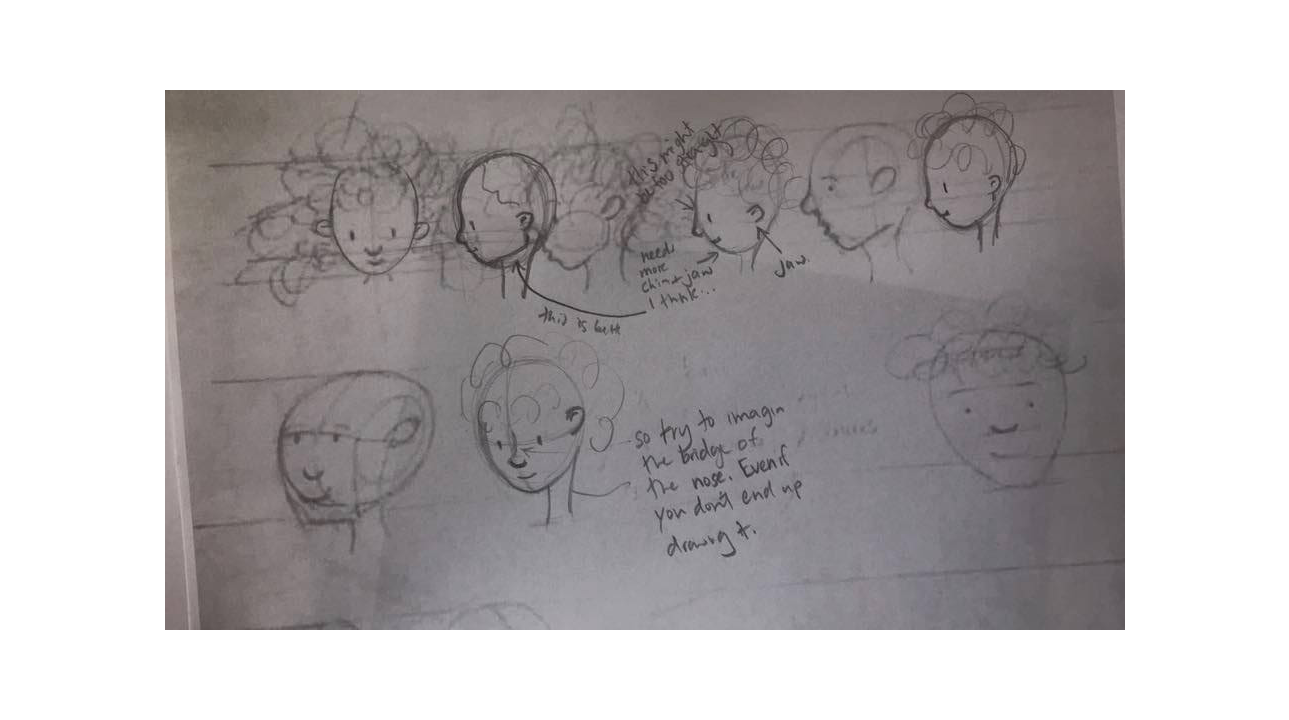 Nichole was determined to figure this out. She took my Skillshare class and downloaded the worksheet from How to Draw the Head from Every Angle: Part Three. This worksheet changed everything! 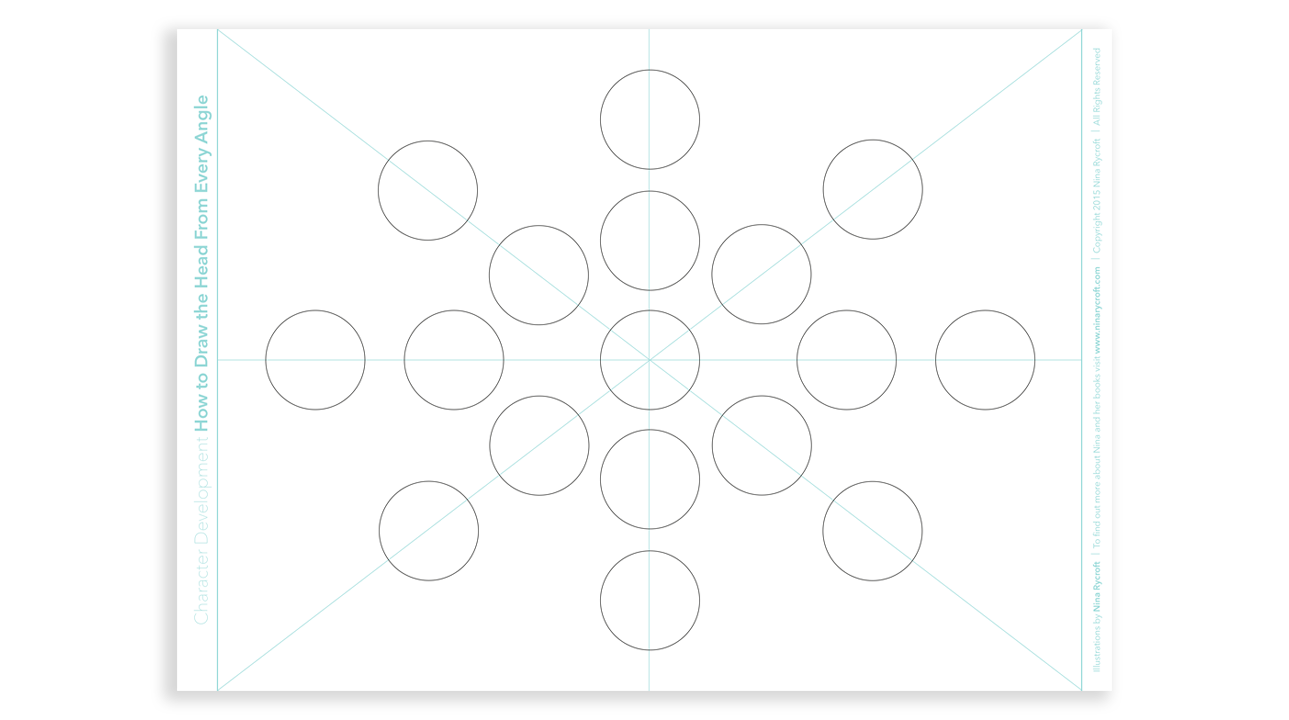 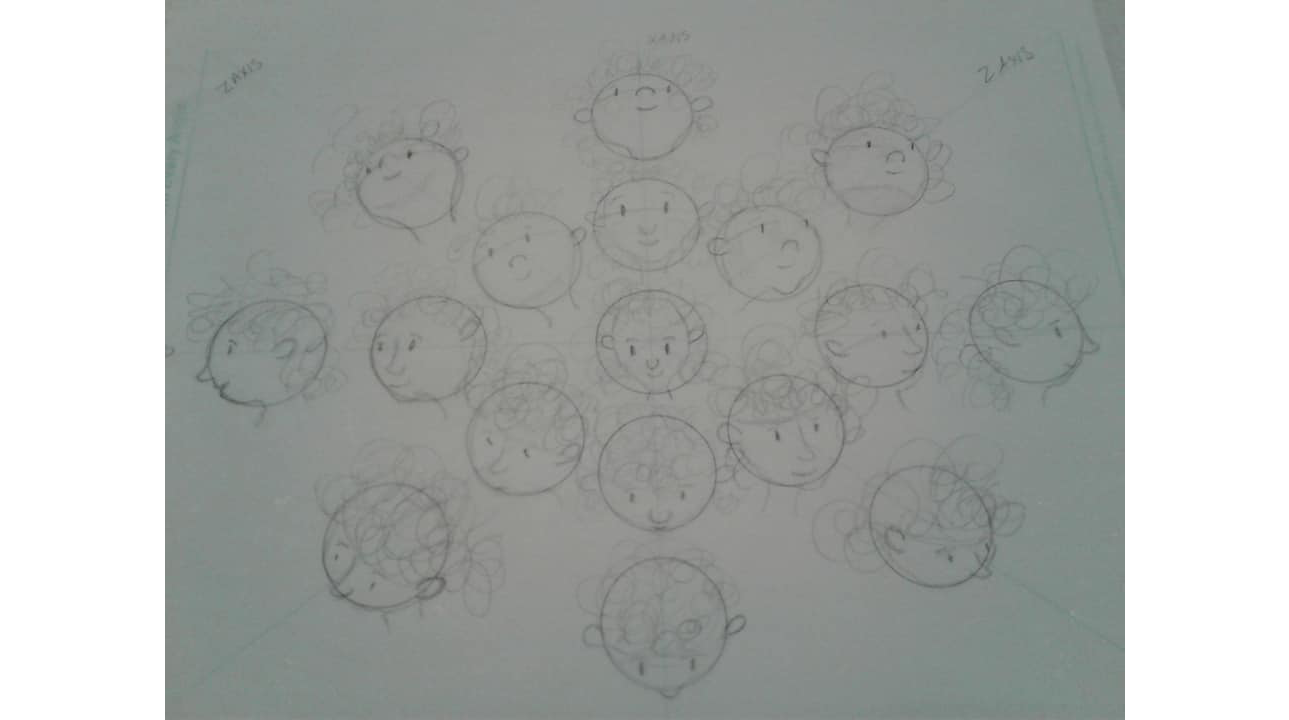 Nichole used this worksheet as a guide while she worked through her storyboard for 'Florence Fox Goes To School'. You can see by doing the worksheet how Nichole was now able to bring her Florence Fox character to life. 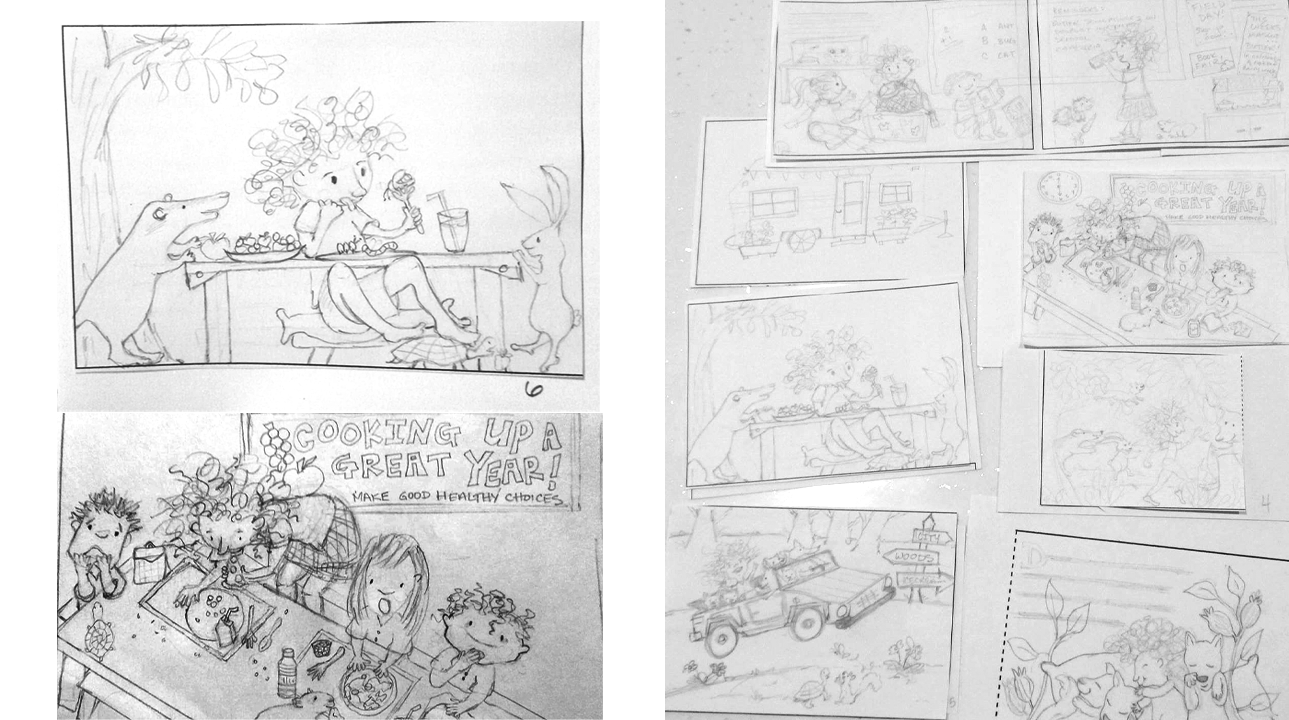 How to draw your character's profile

Below, I'll show you step-by-step how to draw the profile of a character using the front view sketch as a guide. Your character will obviously look very different from mine, so use these steps only as a guide. 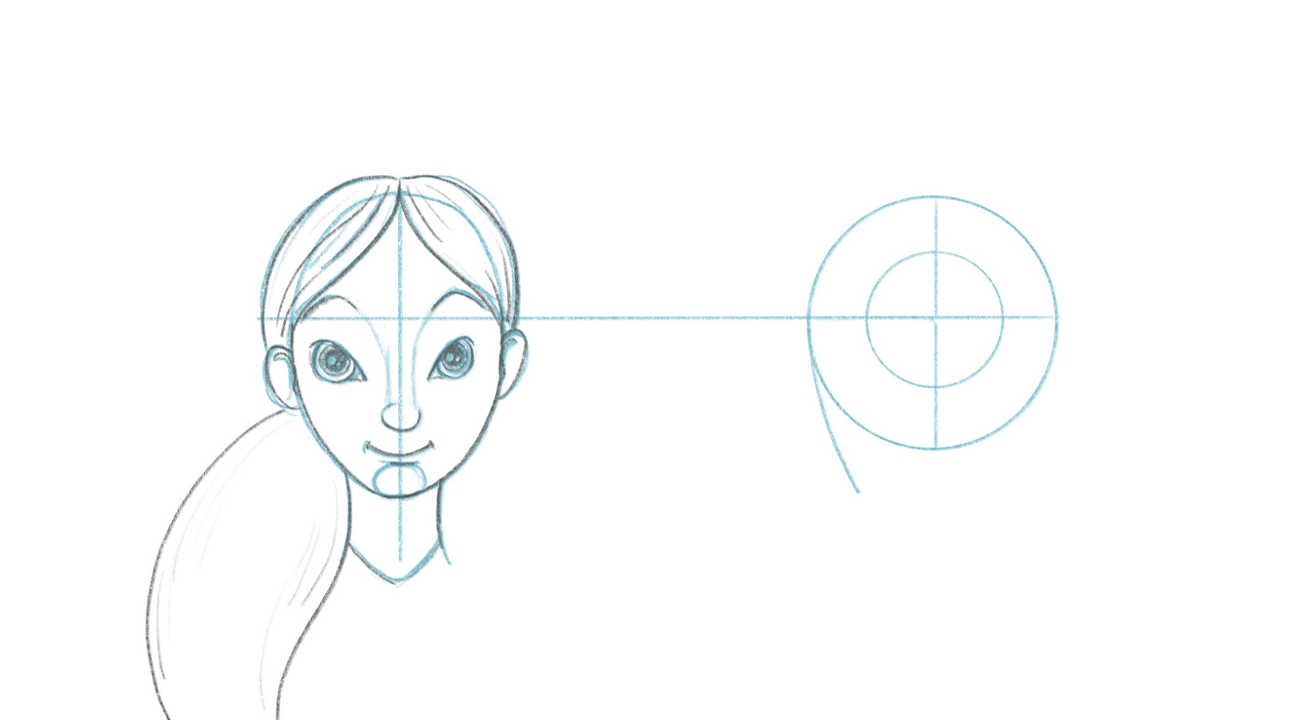 Step One: Draw a circle with the diameter reaching from the top of the skull to the position of the mouth. Divide the circle into quarters.
- Draw a soft-angled line from the frontal plane to the tip of the chin.
- Inside the main circle, draw a circle guide, half-the-size of the main circle. 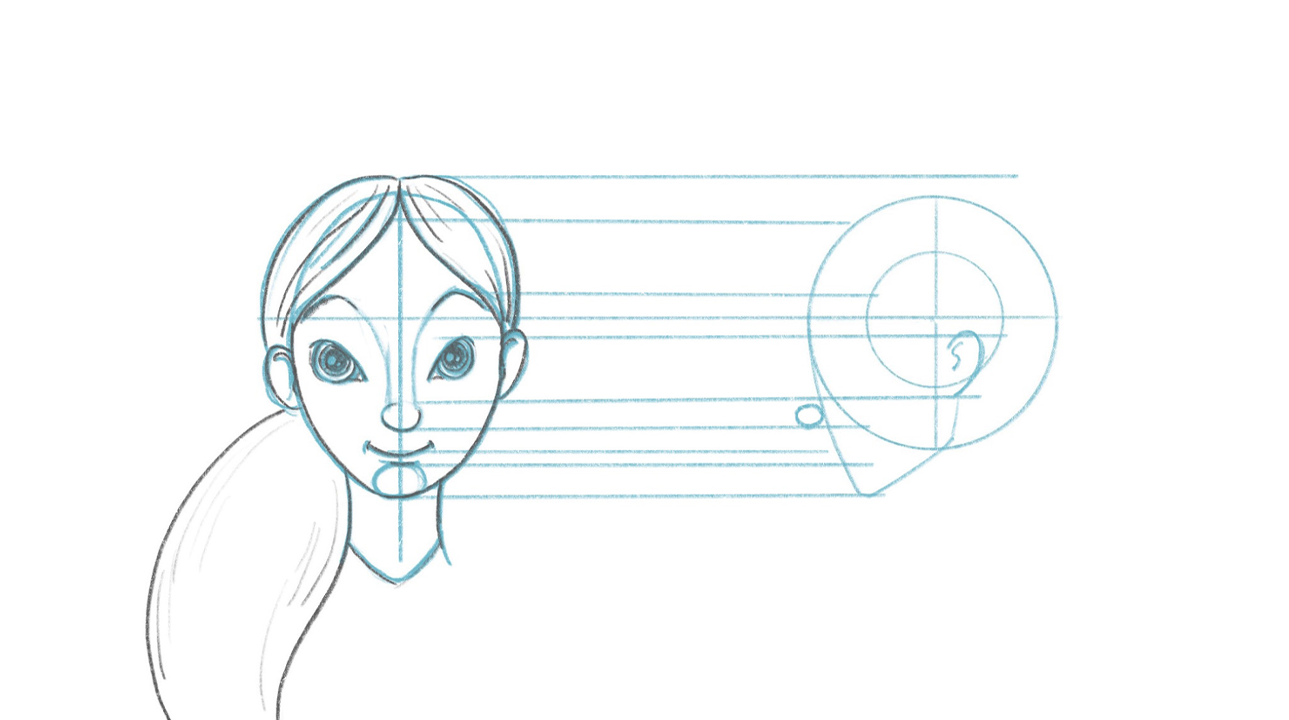 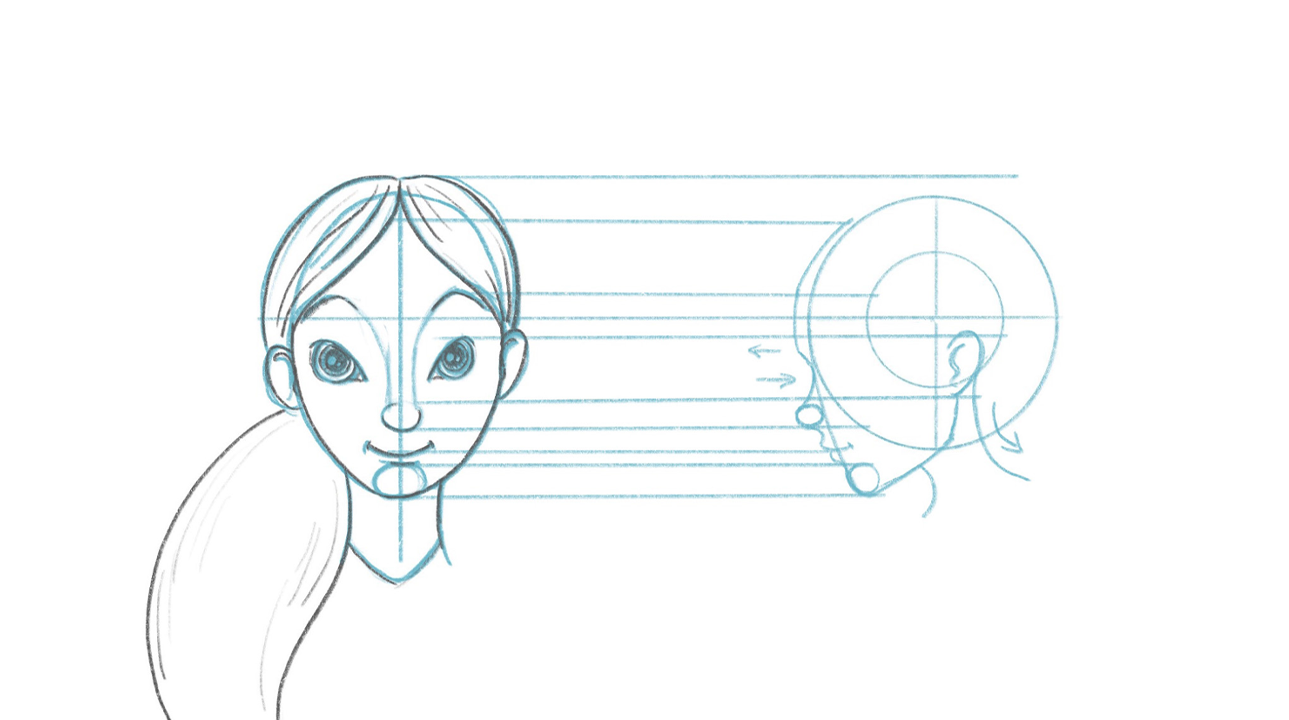 Step Three: Draw an oval to mark the position of the nose (on the outer-frontal plane). The ear needs to sit on or behind the centre line (never in front). Draw the jaw, from the tip of the chin to the base of the ear. 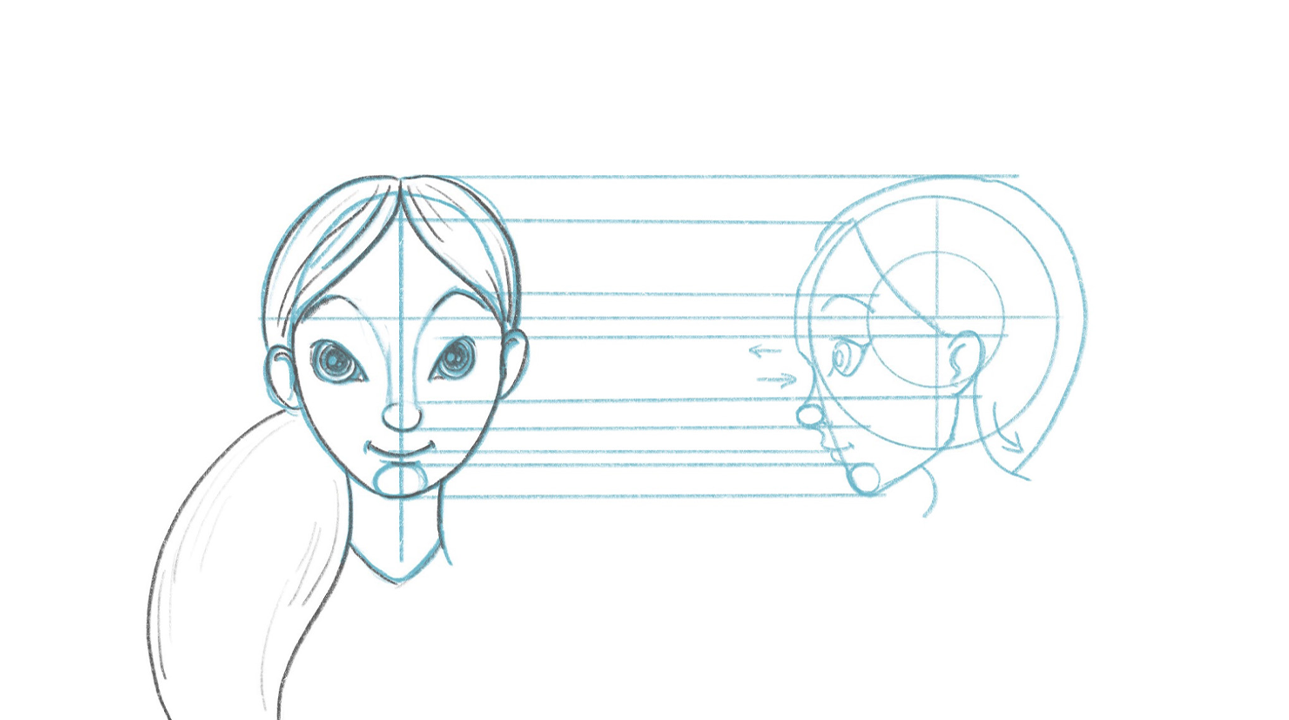 Step Four: Use the guidelines to find the points for the forehead, nose, mouth and chin. Draw the facial features along the frontal plane. Note that the bridge of the nose slides in to touch the frontal plane, then pushes out at the point of the eyebrow.
- Draw an oval to define the chin area.
- Draw the neck as a soft curved line from the base of the ear at the back of the skull.
- Use the guidelines to find the top and the bottom of the eye. The eye may even sit back enough to touch the inner circle.
- Draw the arch of the eyebrow. 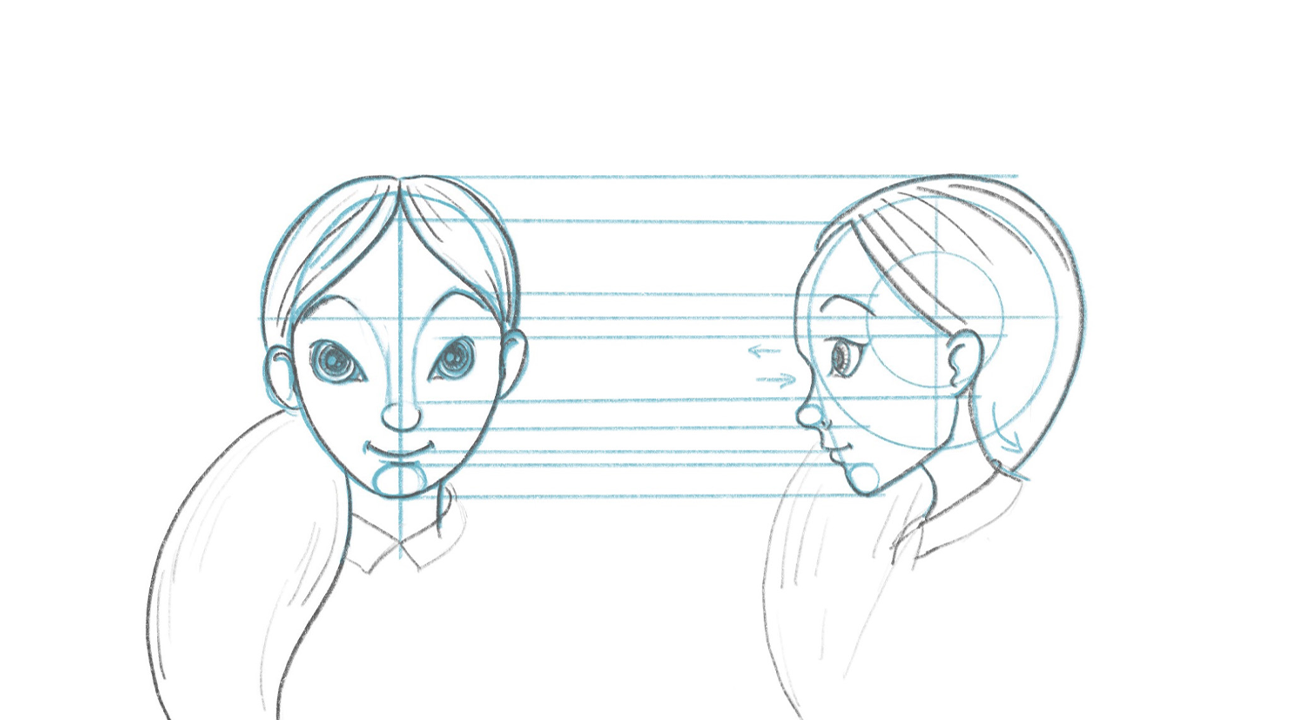 Step Five: Draw the hair and other features. 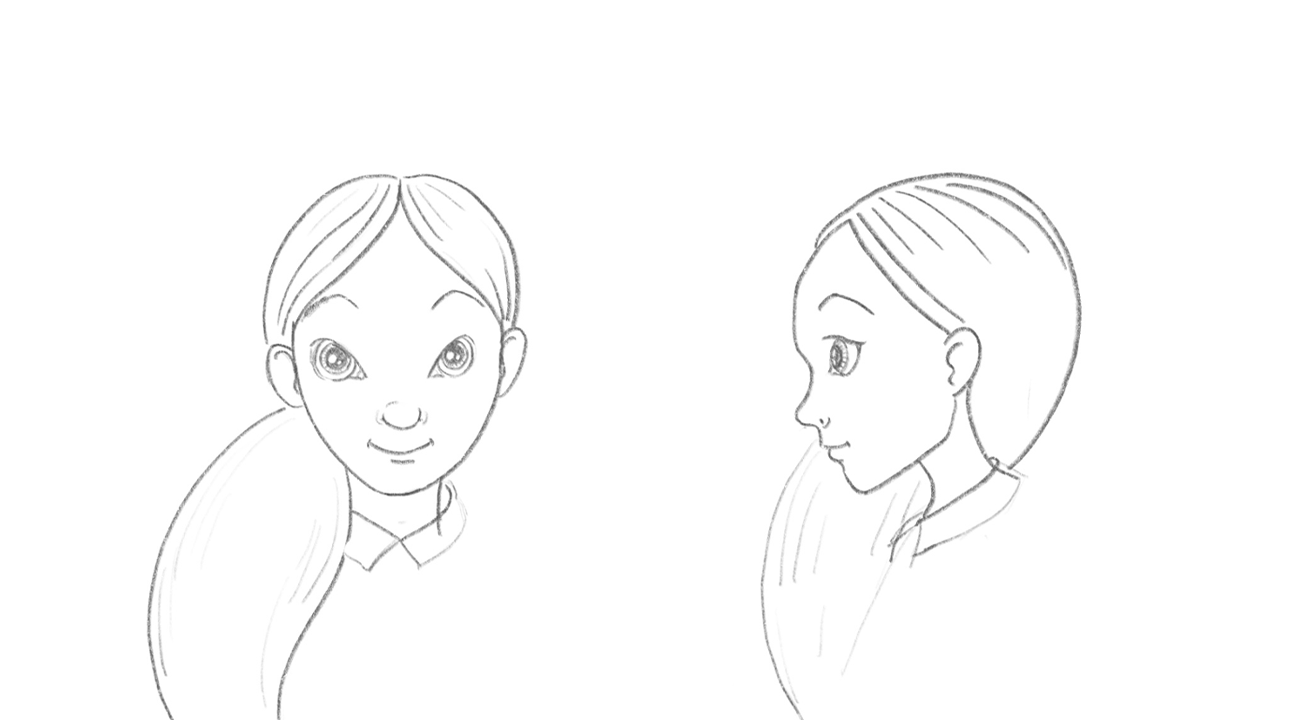 Step Six: Once you have completed your working drawing, trace over the top in pencil.

And voilà! You now have a reference for what your character's head looks like, not just from the front view, but also their profile.

Try drawing your character head on the X, Y and Z-Axis 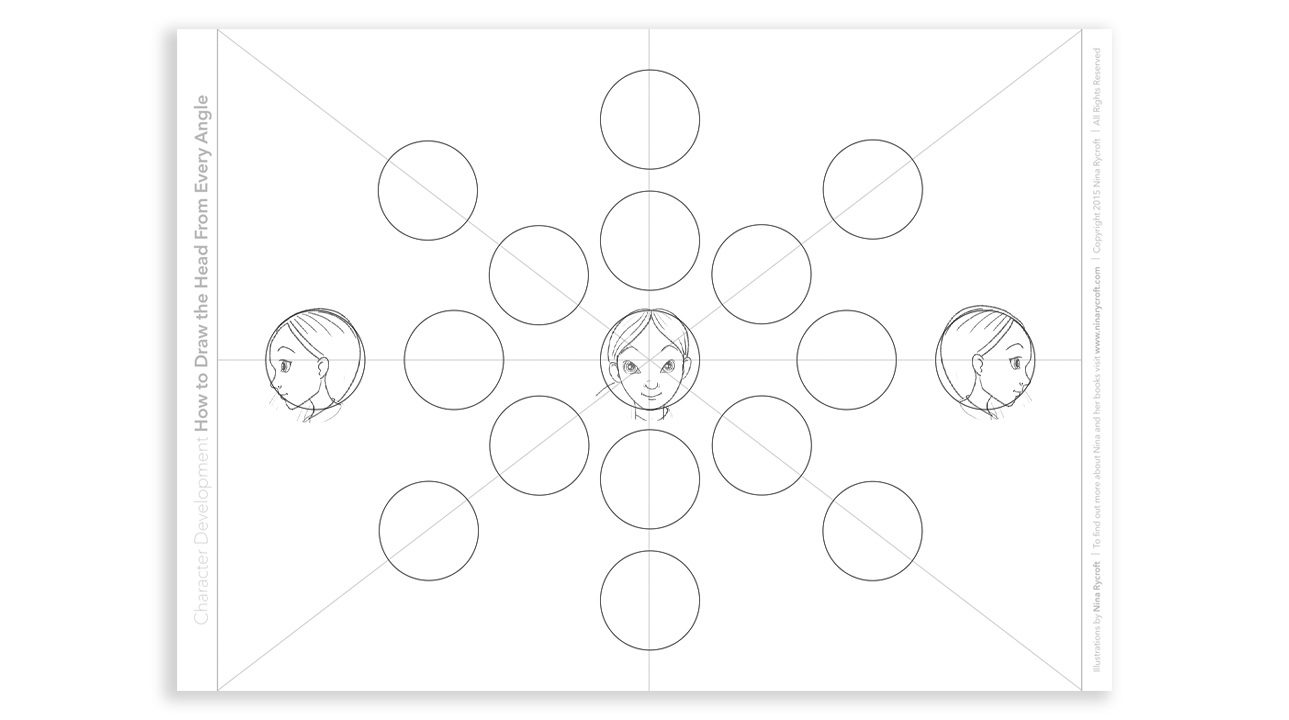 If you're interested in finding out more about my character design series on  Skillshare click here. If you sign up to Skillshare using >>> this link <<< you will get two-months free Premium Membership. Which is an awesome deal, as I have more than a dozen classes that you can work through!

Make sure to join my community,  sign up to my newsletter and you'll be the first to hear about any of my new classes, course and online events, to sign up to Nina's news >>> click here <<<

If you found any of these tips helpful please let me know. And if you draw your characters head from the front and side view and everything in between, please share your sketches with me on my Instagram.

I look forward to seeing you and your characters very soon! 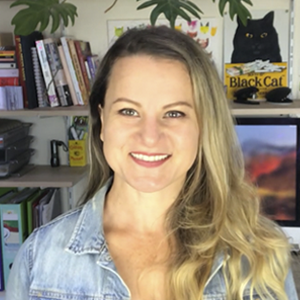 Hi there! I’ve been illustrating picture books since 2000, and I now love sharing everything that I’ve learnt. Make sure to sign up to my Newsletter to be the first to learn about any new classes, courses or illustration news. 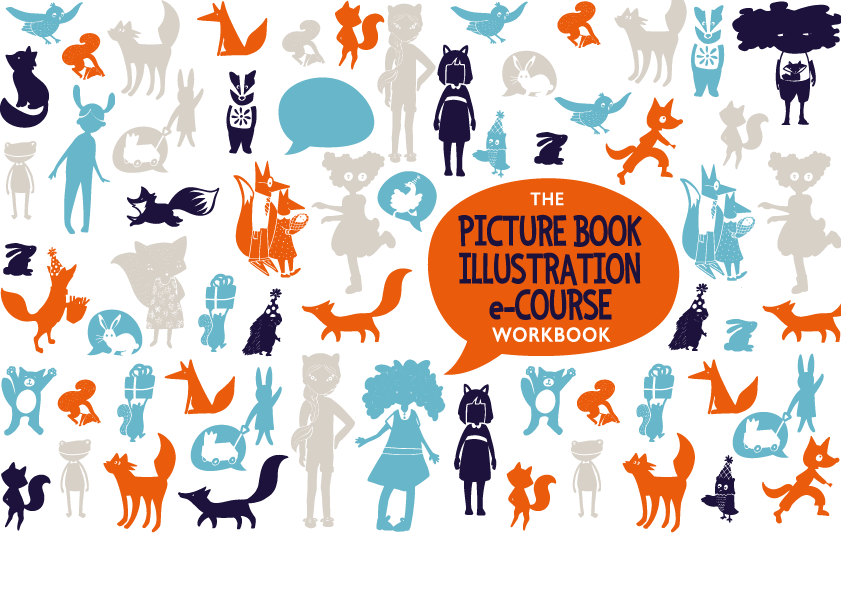 My gift to you

A PDF sample of my Picture Book Illustration e-Course Workbook. I just need to know where to send it.

9-pages on character design illustration, including the popular 'ideal body proportions from child to adult' graph. 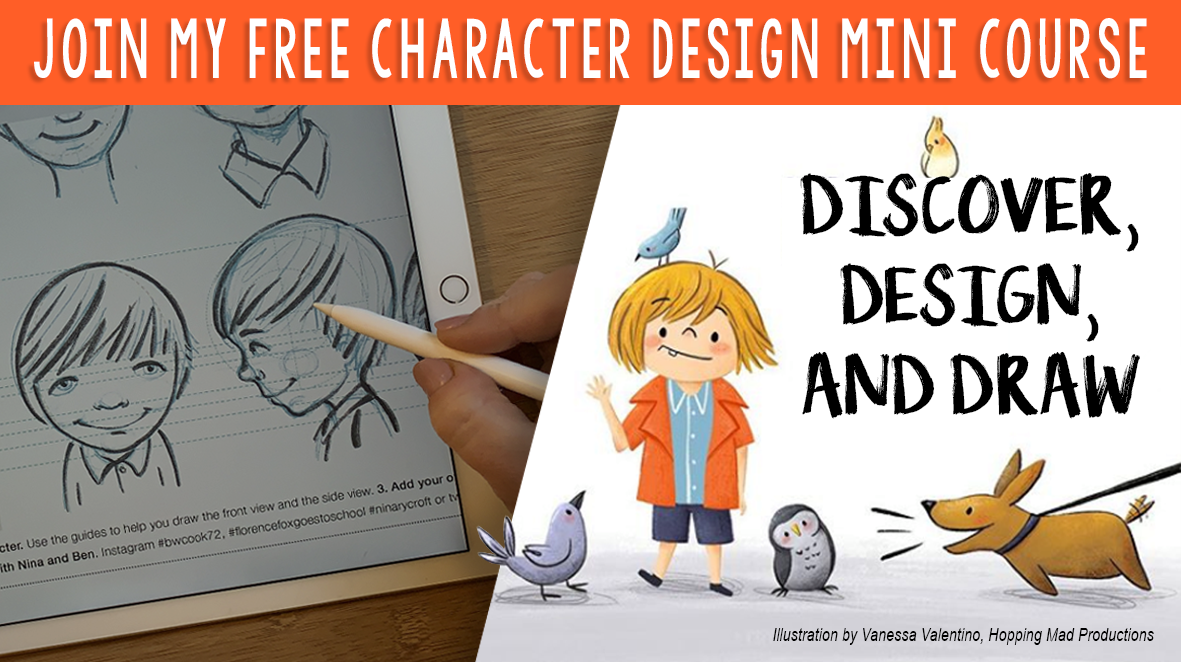 As my gift to you, here is my character design mini-course. All I need to know is where to send it. Valued at $20, it is 100% free. No credit card is required. You will also receive Nina news – I love to share, but not too often, not too much, and always in support of your creative journey. And you can unsubscribe at any time.